Authentic Dead Sea Cosmetics™
Cart
You have no items in your shopping cart
Spend $50.00 for free shipping
Checkout 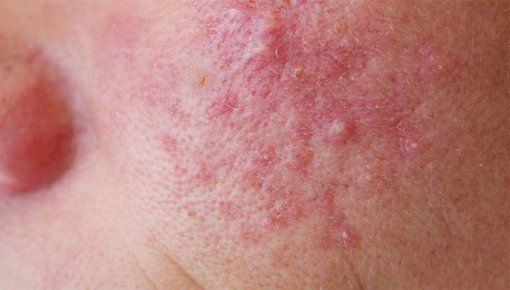 Couperose-sensitive skin can develop if hypersensitive skin is accompanied by redness on the cheeks and/or nose. If this progresses to a more serious and permanent stage, in which inflammation also develops, then there is rosacea. 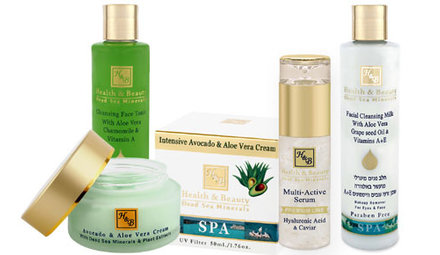 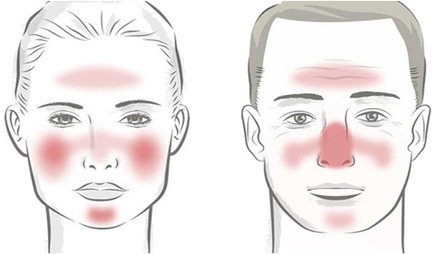 What is the difference between rosacea and couperose?

Rosacea and couperose are two skin conditions that are often confused because they partly show similar symptoms, namely redness on the cheeks and/or the nose. Couperose is actually the precursor of rosacea.

Couperose-sensitive skin can develop if hypersensitive skin is accompanied by redness on the cheeks and/or nose. If this progresses to a more serious and permanent stage, in which inflammation also develops, then there is rosacea.

What are the symptoms of rosacea?

Rosacea is a chronic facial skin condition that most commonly affects people (mostly women) between the ages of 30 and 50. The most notable symptom is an evenly distributed (diffuse) redness on the cheeks and chin, with dilated blood vessels visible. Rosacea has recurring flare-ups (flushing) where facial redness worsens and blemishes and bumps may be visible. The absence of comedones (blackheads) is striking.

In contrast to blemished skin, which also causes pimples, rosacea does not clog pores and therefore the skin is more prone to dryness.

The redness first comes in bursts and is temporary, but as rosacea progresses, the skin can become permanently red.

About half of the people with rosacea also suffer from eye problems such as inflammation of the eyelids, cornea and / or conjunctiva. Symptoms include painful or dry eyes, light shyness and blurred vision.

Rosacea can also cause thickening of the skin, as a result of a visible enlargement of the sebaceous glands and an increase in connective tissue in the skin. The most famous form is the rhinophyma, where a thickening of the nose is visible. This is most common in men and is often misunderstood as the well-known "drinking nose". However, it has nothing to do with the use of alcohol.

What are the causes of rosacea?

The exact cause of rosacea is very complex and still partly unknown. Rosacea can be hereditary, but it is often reinforced by external factors, which can increase the symptoms.

People with rosacea suffer from a damaged skin barrier. This makes the skin more sensitive to external influences and bacteria can penetrate more easily and cause inflammatory reactions.

Complaints can be exacerbated by the following factors:

To prevent rosacea flare-ups, it is important to eliminate the above triggers as much as possible.

Can rosacea be cured?

Unfortunately, rosacea is still not (completely) curable. Lifestyle and skin care routines, however, are very important for the success of its treatment. There is a lot you can do yourself to improve this skin condition:

More and more treatments for rosacea are available to control symptoms. If you suffer from severe inflammation, your doctor or dermatologist can prescribe anti-inflammatory antibiotics. There are also specific medications that cause blood vessels to shrink and thus reduce persistent redness.

Because medication and antibiotics can always cause side effects, we recommend using them only if avoiding the above trigger factors in combination with an adjusted diet and mild skin care do not provide sufficient benefit.